The third volume in the Cultural History of the Book of Mormon  is published.

This volume, like the last, comes in two books: BETA Waves and DELTA Waves.

(Amazon is having a hard time linking these to the other volumes in the series, so would help if you clicked one, and then the other.)

You can read descriptions and order copies by following the links.

These books trace the rise of the institutional church as it grafted the late nineteenth century’s “Book of Mormon World” (invented by George Reynolds, Moses Thatcher, and others) into the curriculum of the new Sunday Schools.  After reconstructing this new version of early 20th century Mormonism, and following it into a phantasmagorical landscape, the volume returns to the book’s use as a missionary text, now shaped by the concerns of a modern institution.  It concludes with analysis of the missionary program, and its “voicing” of anonymous, orthodox interpretations of the Book of Mormon, for recitation and memorization by missionaries.

These books are also available on Kindle. 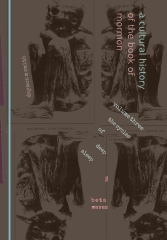 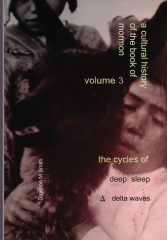 Volumes 1, 2A, and 2B can be found on Amazon and for Kindle

Check Out Reviews of Vol.1 and 2 of the Cultural History of the Book of Mormon
Denver Snuffer: “Enjoyable and `tough love’ throughout, this is an unrelenting stare into the eyes of the foundation of the beast which now claims to be the Restoration through Joseph Smith. If you have an appetite for candor and a willingness to go on an adventure in humanity’s insufficient best-efforts, then you will find this a great read. This is Mormonism stripped of varnish and left naked, completely unaided by soft lighting and an unfocused lens. The truth requires something as important as the Restoration through Joseph Smith to be allowed to define itself, not to have pretensions and presumptions act as substitute.”

Rock Waterman: “I’m not engaging in hyperbole when I say A Cultural History of the Book of Mormon is the most important book I have read in a very long time. It’s a game changer. It has forced me to completely rethink many of the things I have long believed were fundamental to my religion, and seek again for truths I had been ignoring. Frequently while reading the book, I would have to put it down for a moment to allow my head a chance to stop swimming.”